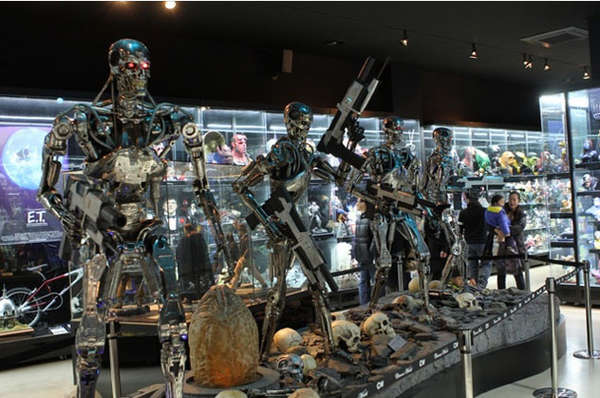 The Cinema World (CW) restaurant in Daegu, South Korea has one of the largest collection of nerdy memorabilia in the world, which you can enjoy while grabbing a coffee or a meal at the same time. The geek paradise has endless rows of display cases featuring memorabilia from Star Trek, Star Wars, Alien, Predator, Terminator, Robocop and way more.

The restaurant is spread across three levels: a lobby, the second-floor eatery/cafe and the third-level house is owner Woong Cho’s impressive collection. The collection is so impressive that a middle-eastern businessman offered Cho a million dollars for it, which he politely turned down.