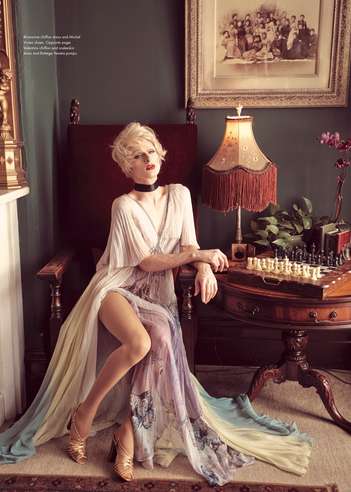 'The Streets of San Francisco' Celebrates the City's Gay Pride

Starring two androgynous looking models, Tammie Brown and Lindsay Slowhands, this editorial highlights the fierce and confident attitudes of cross-dressers and homosexuals all over the world. The models are both shown in different San Franciscan locations, from a Victorian-era boudoir to an outdoor staircase on a beautiful spring day. Their feminine features and traditionally feminine outfits make it hard to realize that these models are actually men. This is the editorial's main argument: gender is fluid. With this editorial, Candy Magazine not only celebrates San Francisco's thriving gay community, but they also demonstrate that people should be allowed to dress and behave in the way that feels most comfortable to them.
3.5
Score
Popularity
Activity
Freshness
View Innovation Webinars