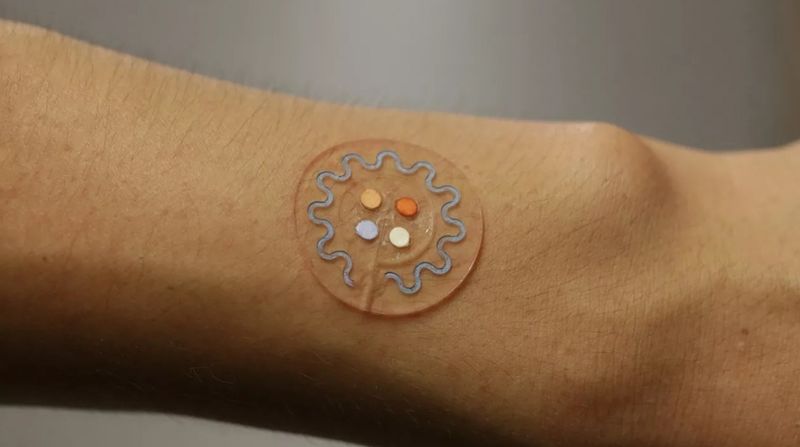 The Gatorade Wearable Reads a Person's Sweat To Determine Hydration

Justin Lam — March 29, 2018 — Tech
References: wareable & psfk
Share on Facebook Share on Twitter Share on LinkedIn Share on Pinterest
The Gatorade wearable device is a handy piece of athletic tech that measures sweat to determine just how dehydrated a person really is. The wearable silicone patch is currently nameless, but Gatorade hopes that its device will aid athletes and amateurs in performing to their best potential. To create the Gatorade wearable, the brand partnered with Dr. John Rohers, a professor of materials science and engineering, bomerical engineering and neurological surgery at Northwestern University. The result is a smart patch that is incredibly compact and easily sticks to the body.

Unlike other sweat-tracking wearables, such as LEVL, the Gatorade wearable device doesn't rely heavily on electronics. Instead, the device uses reagent and microfluidic channels that control the flow of sweat and offers up color-coded feedback. The patch has already begun its testing phase and is currently being used by the Seattle Mariners, Northwestern's swim team and is even being used in hospitals to test infants for cystic fibrosis.
6.5
Score
Popularity
Activity
Freshness
Jeremy Gutsche Keynote Speaker