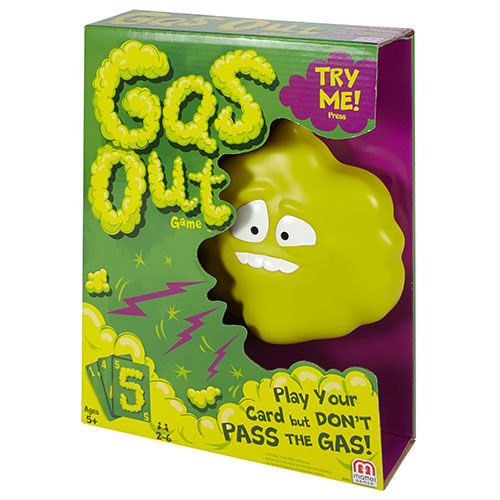 The Gas Out Game is a Lighthearted "Gross-Out" Family Activity

Rebecca Byers — April 14, 2019 — Life-Stages
References: mattelgames
Gas Out Game is an inspired new "gross-out" family game based on intestinal discomforts that is sure to have the whole family laughing on game night. The game features an electronic gas cloud and cards that are played at each turn, with the hope of avoiding Guster "farting" during their turn. If that happens, the player is out! The game is won when the last player has prevented Guster from "farting" throughout the entire game.

Made by Mattel Games, the game set is made up of a set of 56 Gas Out cards and Guster, the electronic gas cloud that players are aiming to keep contained during their turns.

The Gas Out game is just one example of the new genre of family board games that takes inspiration from gross-out topics such as pimples, flatulence, poop and much more.

Infrastructure-Rebuilding Board Games
Aftershock: San Francisco and Venice is Interactive