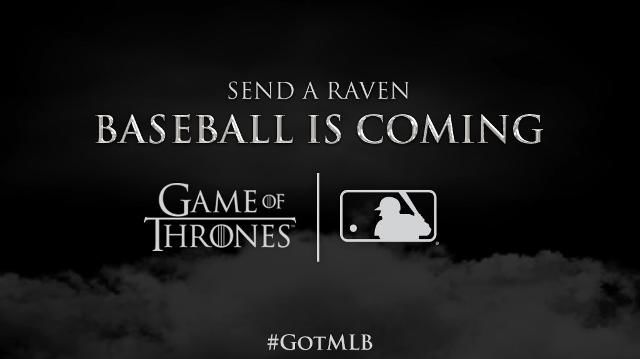 Joey Haar — April 20, 2017 — Pop Culture
References: mlb & mashable
Share on Facebook Share on Twitter Share on LinkedIn Share on Pinterest
With season seven of Game of Thrones set to air this summer, the hugely popular HBO series will be partnering with another summer tradition, Major League Baseball, for Game of Thrones theme nights. Throughout the 162 game season, ballparks across the MLB will offer Game of Thones-themed products.

Some of the products promised from the MLB include commemorative collectibles, ticket packages, special co-branded merchandise, social media events, and giveaways (keep fingers crossed for Mike Trout swinging Ned Stark's Ice.) The MLB has partnered with media franchises before, like when the Minnesota Twins remade 'The Force Awakens' trailer, but the Game of Thrones theme nights will be far wider ranging.

The first episode of Game of Thrones season seven is scheduled to be released on July 16th, and the season will run until the final week of August, during the heart of the MLB playoff race.
5.5
Score
Popularity
Activity
Freshness
Get Better and Faster