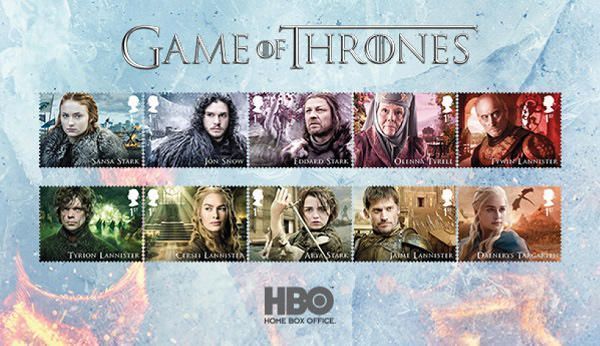 These 'Game of Thrones' Stamps Were Released by the Royal Mail

The exclusive stamps were created by the Royal Mail, a postal service company that's active throughout the UK. A total of 15 different stamps make up the collection, each of which features a character from the series. A few of the most notable names include Jon Snow, Cersei Lannister, Arya and Sansa Stark, Daenerys Targaryen, as well as Jaime and Tyrion Lannister.

In addition to the Game of Thrones stamps that can be used to send off letters, bills and wedding invitations, there's plenty of options for the collector too, including stamp art folders, medal covers, and framed iterations.
1.9
Score
Popularity
Activity
Freshness
Access Advisory Services