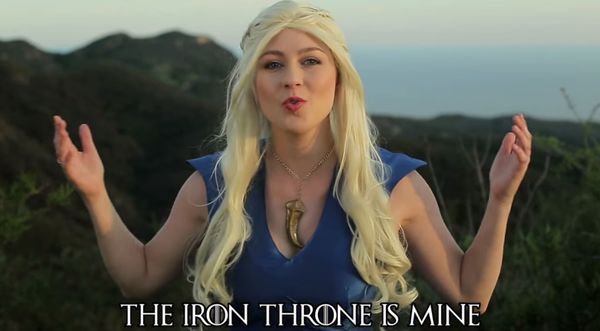 In this musical rendition, Danaerys Targaryen sings about being underestimated, but finally coming into her own as Queen and Khaleesi. As the house of Lannister is represented by a lion, it is fitting that Cersei, Jaime and Tyrion sing their own triumphant version of Katy Perry’s 'Roar.'

Several of the Starks make an appearance in the musical spoof too, and alike the houses Targaryen and Lannister, they also sing about their ambitions to seize control of the Iron Throne.
2.8
Score
Popularity
Activity
Freshness
Attend Future Festival Virtual