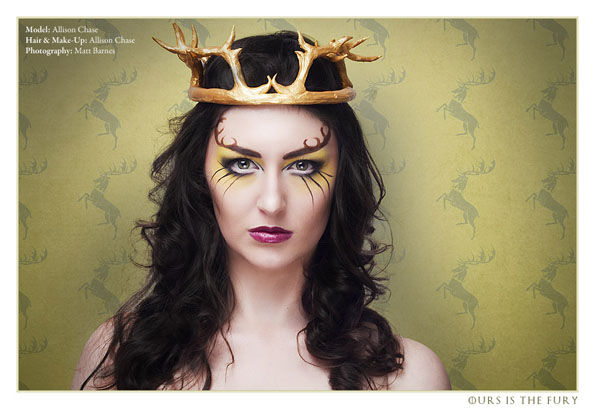 Laura McQuarrie — July 29, 2014 — Fashion
References: facebook & designtaxi
Share on Facebook Share on Twitter Share on LinkedIn Share on Pinterest
Although the costumes and hairstyles get a lot of attention on the show, Game of Thrones makeup often goes unnoticed because it stays fairly authentic to the time period it is set in. However, these awesome Game of Thrones-inspired makeup looks by artist Allison Chase go for full-on fantasy, taking inspiration from each of the houses from the world of Westeros.

The dramatic makeup looks draw inspiration from the emblems of each house, including a woodsy antler-like look for House Baratheon, a fiery face for House Martell and lavish jewelry-like eye makeup for House Lannister. Although most of the colors are more vivid than the muted, medieval tones that fans are used to seeing in the show, these dramatic looks are striking interpretations of what each Game of Thrones family embodies.
4.3
Score
Popularity
Activity
Freshness
Get Better and Faster