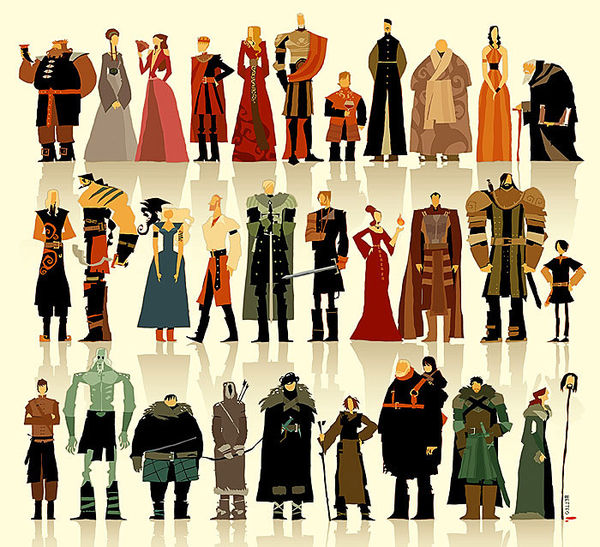 Laura McQuarrie — April 9, 2014 — Pop Culture
References: betteo.deviantart & designtaxi
Share on Facebook Share on Twitter Share on LinkedIn Share on Pinterest
In honor of the season four premiere of Game of Thrones, DeviantArtist 'Betteo' put together some gorgeous Game of Thrones fan art, depicting over 30 different characters from the show. Even though the characters don't have faces and they're represented in quite a minimalistic style, if you're a fan of the show, it's pretty easy to pick out who's who by their clothing, silhouettes and who they're standing next to. The art is deceptively simple-looking, but it's really quite packed with a lot of details.

Although not all of the characters make it to Game of Thrones season four, it's a great compilation of the stars from the TV show, both living and dead, as well as the characters who are loved, and even the ones fans love to hate.

Series-Recapping Mixtapes
HBO Presents Catch the Throne: A Mixtape Recapping Past Seasons of GOT
play_circle_filled