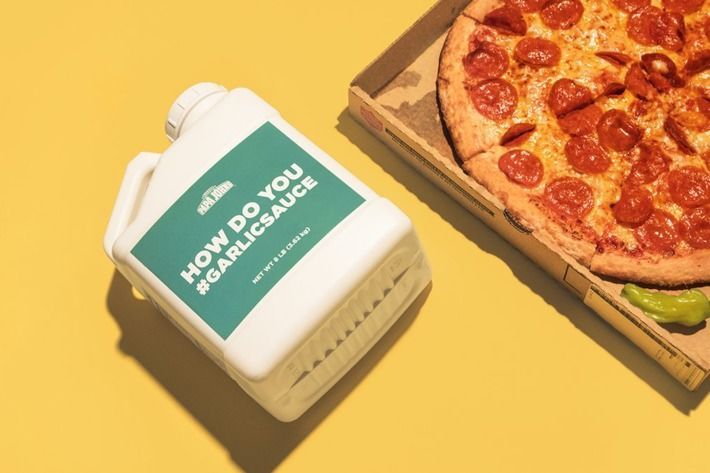 Justin Lam — May 15, 2018 — Marketing
References: foodnetwork & grubstreet
Share on Facebook Share on Twitter Share on LinkedIn Share on Pinterest
Garlic sauce is often served alongside American takeout pizzas but Papa John's is now offering a lot more than a single serving with its gallon garlic sauce jugs. This concept was originally used as an April Fools Day joke, with Papa John's tweeting that these gallons would be available for $9.99. However, this stunt was particularly well received and after fielding numerous complaints, the chain decided to appease the “overwhelming demand from Papa John’s fans,” and release gallon garlic sauce jugs.

The jugs are currently available for $20 but cannot be found in stores. To receive a gallon of the garlic sauce customers will need to tweet to @PapaJohns a tweet containing a pizza emoji and the hashtag #GarlicSauce. This will then allow customers to order gallon garlic sauce jugs, but they are currently only available in limited amounts and in Manhattan, Cincinnati, Columbus, Dallas, Indianapolis, Chicago, Los Angeles, Nashville, Atlanta and Louisville.