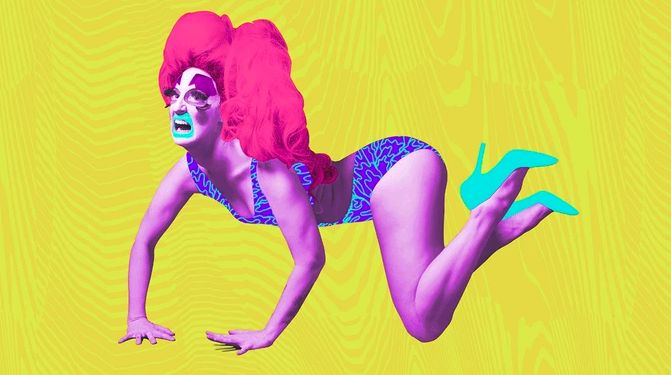 'DITCH' is an Outloud LGBTQ-Celebrating Performance

Kalina Nedelcheva — April 10, 2018 — Social Good
References: cherdonna & kickstarter
Share on Facebook Share on Twitter Share on LinkedIn Share on Pinterest
As the drive for acceptance and tolerance is stronger now than ever, gallery exhibits seek to showcase outstanding issues and social fragmentations in the context of gender and the LGBTQ+ community. Creative Jody Kuehner seeks to explore the gap between femme and queer identities through their drag persona Cherdonna Shinatra and newly formed dance company DONNA.

Live on Kickstarter, DONNA presents 'DITCH.' It is designed to be one of those immersive and breathtaking gallery exhibits that blend different artistic approaches like clowning, drag, theatre, comedy and pop culture with explorations of the self, gay culture, feminist traditions and problematic narratives.

Promising an environment "that will integrate [...] varied identities and reject the patriarchal white cube gallery space of the museum," DITCH promises to be a once in a lifetime experience.
3.6
Score
Popularity
Activity
Freshness
View Innovation Webinars