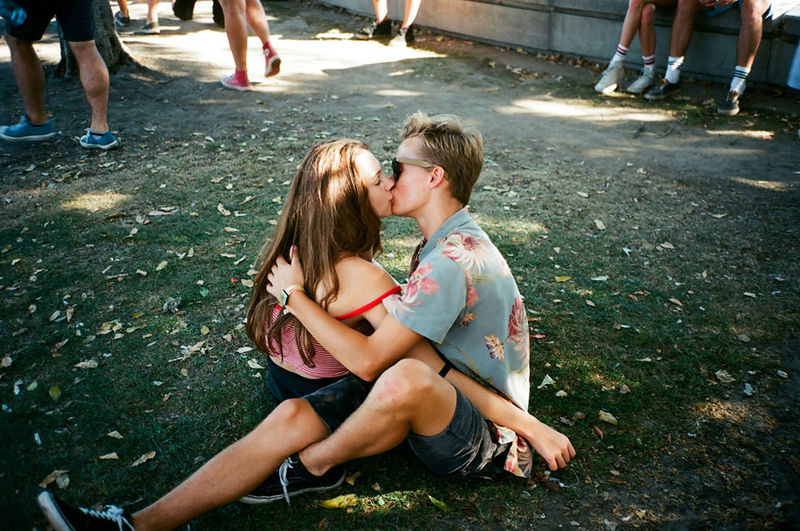 Jeffrey A. Tang Captures the Spirit of FYT Fest

Vasiliki Marapas — September 3, 2014 — Pop Culture
References: cargocollective & c-heads
Photographer Jeffrey A. Tang shared the images he took while attending the Los Angeles FYT Fest with C-Heads. The line-up for this year's festival included artists such as Chet Faker, Grimes and Phoenix. With such a killer program, the festival attracted many excited fans.

Tang captured the chaotic energy of the festival with his Contax T2 film camera. He swam through the beautiful crowds, most of whom were decked out in flowy, floral outfits and tie-dye hair, tirelessly snapping away. Half the fun of going to these festivals is the people-watching, and Tang's images allow us to get in on the fun.

Whether it's an elated pair of best friends or an adorable couple, each photo of the festival-goers is filled with good vibes and high spirits.