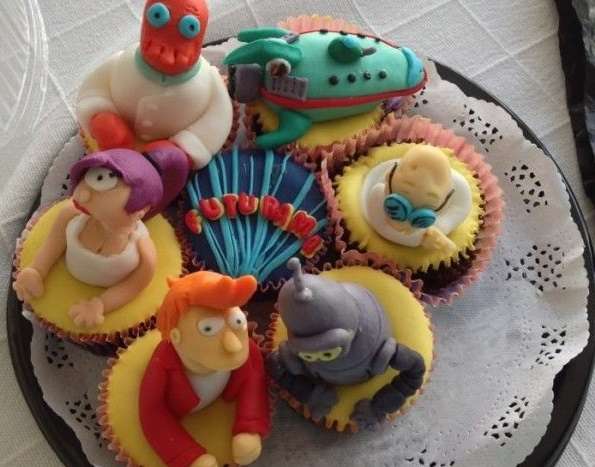 The Futurama Cupcakes are a Nostalgic Blast Through the Past

Nikki Taylor — December 13, 2012 — Lifestyle
References: 9gag & thatsnerdalicious
Share on Facebook Share on Twitter Share on LinkedIn Share on Pinterest
Even though the futuristic cartoon is finished, you can still show your undying devotion to it in the form of Futurama cupcakes. The delicious icing treats contain all the memorable characters known to deliver packages from the Planet Express. There is the mouthy robot Bender, the lonely lobster man known as Doctor Zoidberg and of course, Fry and the cyclops Leila.

After seeing all the detail that went into crafting these character desserts, you might not want to bite into them. Dr. Zoidberg seems to look up at you with pleading eyes, as you know he isn't one for confrontation. However, it would be a shame not to devour the Futurama cupcakes. Originally, these space creature treats were made by a devoted friend for her best pal's birthday.
0.6
Score
Popularity
Activity
Freshness
Get Better and Faster