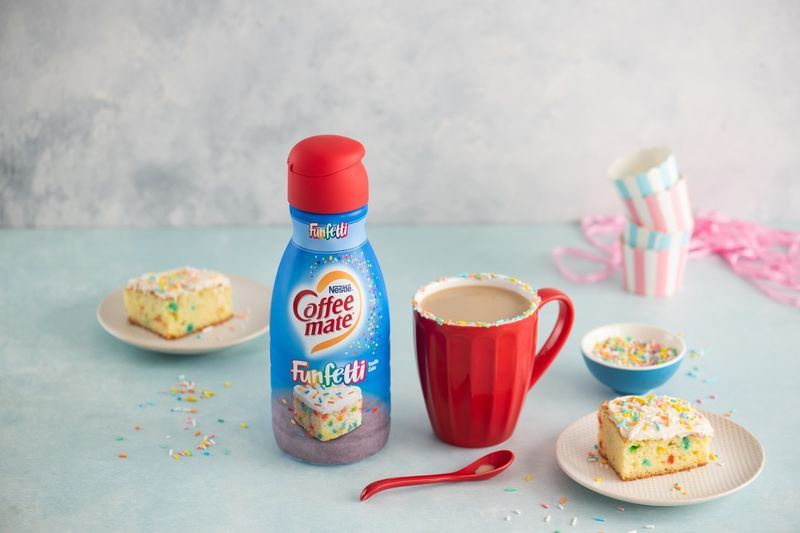 Coffee-Mate's New Funfetti Creamer is Like Dessert in a Cup

Coffee-Mate recently announced that it will debut two drool-worthy new creamer flavors in January of 2020: Cinnamon Toast Crunch and Funfetti. Both of the new flavors are sweet, but also deliver a touch of nostalgia for popular childhood dishes.

The Cinnamon Toast Crunch Creamer combines flavors of cinnamon spice, brown sugar, and hints of toasted cereal to deliver a creamer that tastes just like the cereal milk leftover in your bowl. On the other hand, the new Funfett Creamer tastes more like a slice of birthday cake in a cup, with hints of vanilla, cake batter, and sweet frosting. As the press release puts it: "“all that’s missing are the birthday candles and sprinkles.”