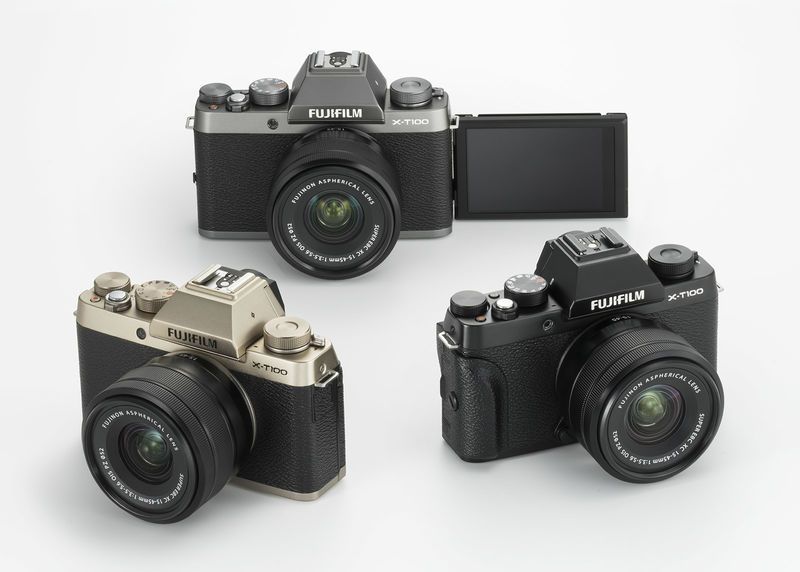 The Fujifilm X-T100 is an Attractive and Affordable Mirrorless

Joey Haar — May 25, 2018 — Tech
References: engadget
Share on Facebook Share on Twitter Share on LinkedIn Share on Pinterest
Cameras are primarily about the images people take, but the image that they give off is also important, and the Fujifilm X-T100 is a new budget mirrorless camera that's as attractive to look at as the pictures that it creates. The camera has a classic design that is reminiscent of the film cameras that Fujifilm manufactured in its early years, and it has a price tag that likely matches those cameras as well -- inflation aside.

While the Fujifilm X-T100 is an entry-level camera, it isn't wont for performance features. It has a 24.2-megapixel sensor, and combined with its mirrorless layout, it provides crisp images. The display is also incredibly high resolution, which makes it easier to take precise photos without having to attach an external monitor apart from the camera's body.
5.6
Score
Popularity
Activity
Freshness
View Innovation Webinars