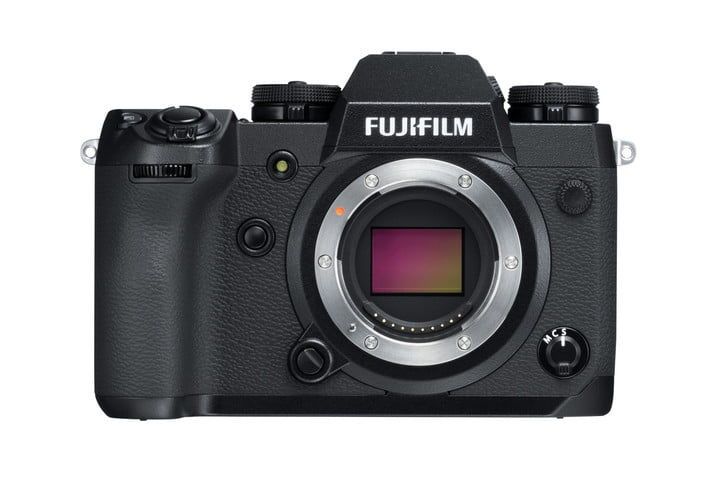 Justin Lam — February 15, 2018 — Tech
References: engadget & digitaltrends
Share on Facebook Share on Twitter Share on LinkedIn Share on Pinterest
The Fujifilm X-H1 reuses old technology, but does with upgrades in an entirely new camera. Based off the widely popular X-T2, the Fujifilm X-H1 borrows certain design elements from the X-T2, but also manages to improve on the bases shortcomings. The X-H1 comes with a dust and water resistant body that features robust construction. Dual-dials control shutter speed and ISO, but also controls shooting and focus models. An LCD screen shows information like shutter speed, f-stop, ISO and other shooting modes. These features aid the camera in its usability and saves users from having to dive through complicated menus.

The Fujifilm X-H1 features an improved version of Fujifilm's F-log technology. With the X-H1, 4k F-log footage does not need to be recorded externally via an HDMI, and can instead be recorded internally to an SD card. The improved F-log recording also allows for a 200-megabit-per-second coven for saving video with less compression. The camera can also record 4k video with a wide DCI ration with a resolution of 4,096 x 2,160 pixels.
2.6
Score
Popularity
Activity
Freshness
View Innovation Webinars