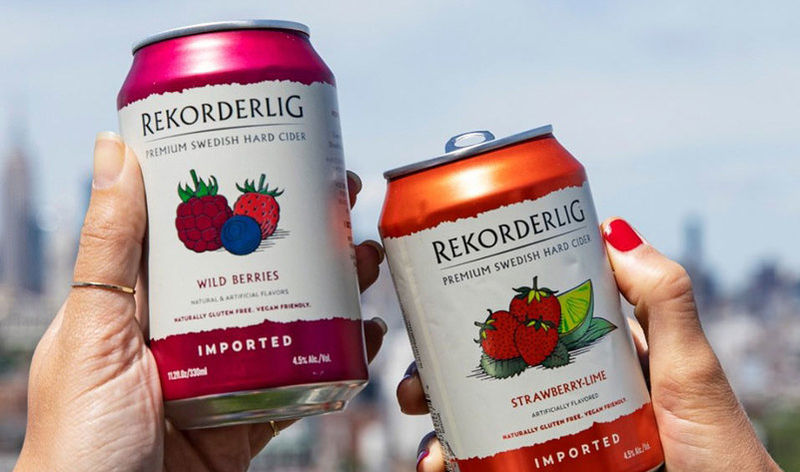 Grace Mahas — August 12, 2019 — Social Good
References: rekorderlig & vegnews
Share on Facebook Share on Twitter Share on LinkedIn Share on Pinterest
The Swedish alcoholic cider brand, Rekorderlig, recently announced that all seven of its fruit-infused ciders will now be vegan-friendly. The company has done this by removing the gelatin -- a filtering agent derived from animal body parts -- from its fizzy beverages. Instead, Rekorderlig will be using Vega gel, a vegan product that performs the same role as its animal-based counterpart.

According to the brand, “Rekorderlig has developed a new brewing process, which allows for the removal of gelatin as a filtering agent, to cater to the current market needs and consumer trends in health, climate change, and animal well-fare.” This progressive move by the organization will be popular with both vegan and flexitarian demographics, and Rekorderlig's new can and bottles will clearly identify its new vegan-friendly process to appeal to these markets.
2.7
Score
Popularity
Activity
Freshness
Jeremy Gutsche Keynote Speaker