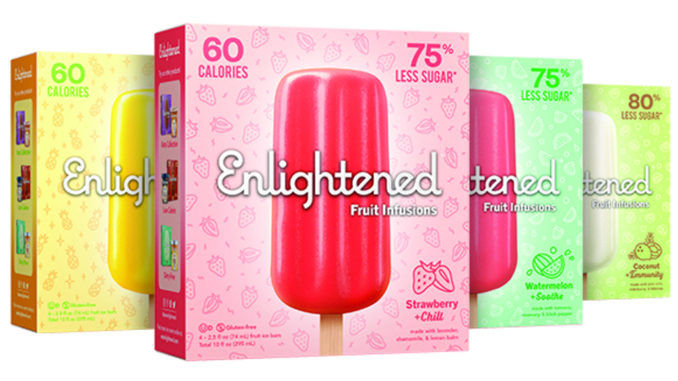 Described as Enlightened's “first-ever functional frozen fruit bars,” the new Fruit Infusions bars are a selection of low-sugar fruit pops infused with adaptogens. Each bar contains just three to five grams of sugar per bar, which is 70-80% less sugar than other fruit bars and popsicles. But even with less sugar, the frozen fruit bars are still big on flavor. The Fruit Infusions lineup includes innovative ingredients combinations such as 'Watermelon + Smoothie,' which is made with turmeric, black pepper, and rosemary, or 'Pineapple + Renew,' which is made with botanicals such as dandelion root, turmeric, and ginger root.