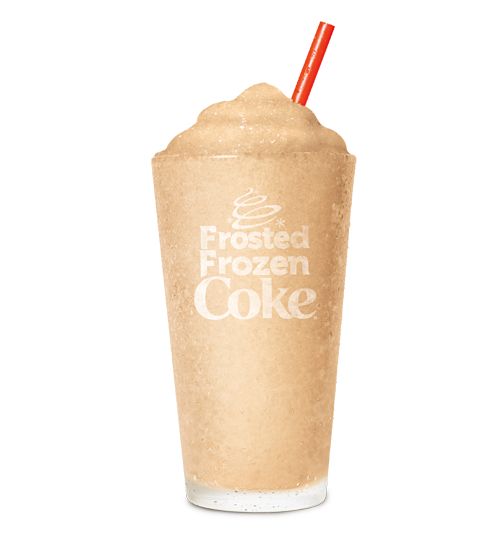 Katherine Pendrill — April 24, 2018 — Lifestyle
References: bk & brandeating
Like many other fast food chains, Burger King is beefing up its warm weather drink menu with the debut of Frosted Frozen Coke and Frosted Frozen Fanta Lemonade. For those looking to beat the heat with something more than just an ordinary soda, the new frosty beverages are the perfect option.

Unlike the average slushie, Burger King's new Frosted Frozen Coke and Frosted Frozen Fanta Lemonade combine soda with ice slush and a scoop of creamy vanilla soft serve. The addition of ice cream gives the drink a fluffy texture and creamy taste that is similar to an ice cream float. Of course, those looking for a more traditional slushie can order the drinks without the vanilla soft serve.