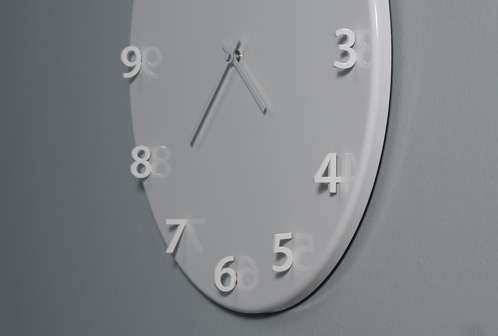 The Front 'Around the Clock' is Like an Analogue Sundial

Amelia Roblin — December 10, 2010 — Art & Design
References: porro & mocoloco
The Front 'Around the Clock' is the epitome of playful design. The Swedish group that produced this idiosyncratic timekeeper has transformed a rather mundane object into one that can cleverly and quite simply interact with its environment.

As the shadows in the room shift, so do the numbers on the Front 'Around the Clock' -- to the person standing directly in front of it. With the numerals fixed sideways around the perimeter of the minimal back plate, one must either read it from an indirect angle, or rely on strong shading conditions with a powerful horizontal light source to tell the time.