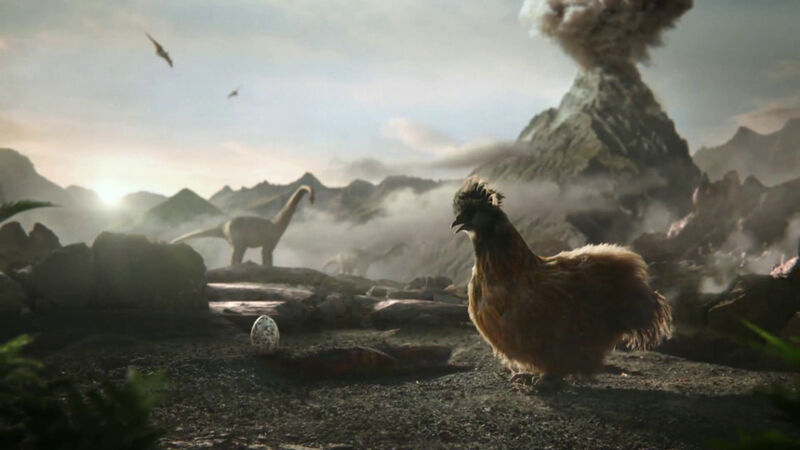 The aptly named ad, “La Poule”, translating to The Hen, follows a fully grown chicken as it reverses through life. The viewer watches as the now-infant chick time travels back into its shell, eventually barreling through time. The now-unhatched egg is seen in the trenches of the World War 2, in a Victorian-era garden, passing through Vikings, and eventually rolling through a caveman's cave. Finally making its way to a dinosaur-ridden world, the narrator reveals that while the mystery remains unsolved, what isn't a mystery are the free-range eggs U Shops now uses.