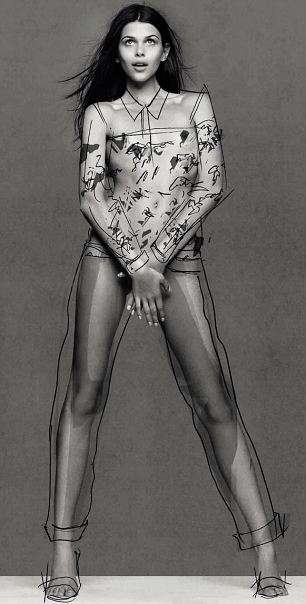 Sarah St.Jules — July 30, 2013 — Marketing
References: canada.frenchconnection & dailymail
Share on Facebook Share on Twitter Share on LinkedIn Share on Pinterest
Not one to shy away from daring advertising campaigns, the French Connection Fall 2013 lookbook features nearly naked models showcasing its latest collection. The new campaign isentitled 'From Sketch to Store,' and this ad literally interprets the slogan. Models are shown naked, with the basic clothes sketch outlined around their body. In an adjacent photo, the models are wearing the clothes that were being drawn.

This campaign is smart to show the clothes making process from start to finish. Even though sex sells, and the models are nude, the focus is not on their nudity, which makes this ad memorable, but not trashy. The French Connection Fall 2013 advertising campaign did an excellent job of making its ads standout, as well as perfectly demonstrating the clothes that it is selling.
6.6
Score
Popularity
Activity
Freshness
Attend Future Festival Virtual