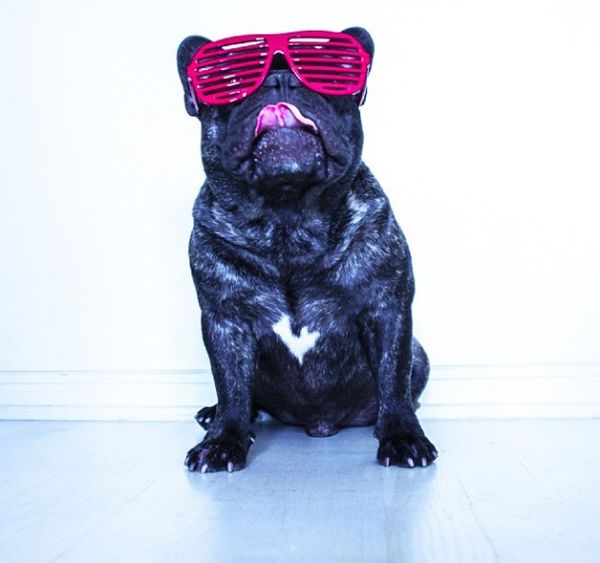 Boss, the French Bulldog, is a Swedish Rebel

Tiffany — November 19, 2013 — Lifestyle
References: bossthefrenchbulldog & mashable
Share on Facebook Share on Twitter Share on LinkedIn Share on Pinterest
Introducing Boss, a French Bulldog from Sweden that has taken the world by storm. And yes, Boss is as "boss" as his name, with enough attitude and swag to appear as a guest star on Swedish Idol! Showing up on blogs all over the world, Boss has attained the status of being "Instagram's Most Badass French Bulldog."

On Boss's Instagram, the adorable canine is seen in cute scenarios; sporting a mustache just in time for Movember, a party for reaching 100,000 followers on Instagram, his head in a pizza box, him being a hipster pooch and just having fun.

Boss is extremely fashionable, and has impeccable sense of direction when it comes to showing the right angles of his face. Boss, the French bulldog is stealing our hearts one Instagram at a time.
5.2
Score
Popularity
Activity
Freshness
Attend Future Festival Virtual