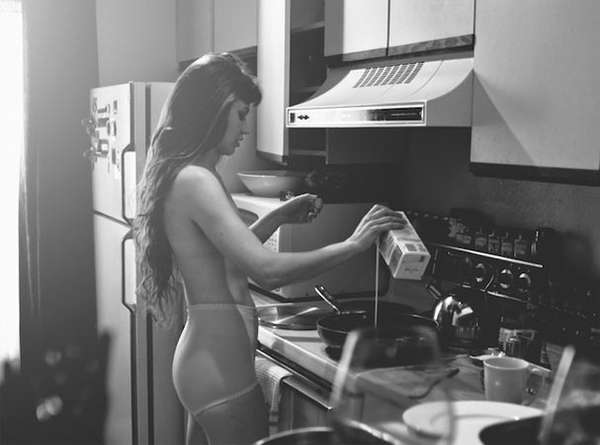 Fox Harvard began his photography career at the tender age of 16, and pursued his passion by studying Studio Arts and Photography at the University of South Florida. Following his graduation, Fox Harvard spent two years as a director while shooting some adult photography on the side.

A look through his selected portfolio shows a photographer with the ability to capture a model's innate sex appeal in poses that are not stereotypically sensual. Harvard attributes his ability to do photograph those shots not on his skill as a photographer, but on his genuine appreciation of the female form. "To me there is no more timeless, elegant beauty than women," Fox Harvard told Photo Donuts. "Too many photographers make the mistake of trying to control or direct the shoot too much, and the beauty of the real interaction gets lost in the artist’s attempt to force a preconceived image."

And ironically, this is what sets Fox Harvard apart from hundreds of other photographers who try to shoot sexy and memorable editorials, but struggle.

View our gallery to see some of Fox Harvard's most memorable work.

Implications - In a crowded marketplace, few things set a company apart from others like sexually charged advertising. By appealing to a consumer's carnal desires, the company immediately establishes itself as one that is avant-garde and unafraid of controversy or pushing the limits. This instantly increases brand awareness and distinguishes the company from similar ones in its field, creating a lasting impression on potential consumers.
6.9
Score
Popularity
Activity
Freshness
Attend Future Festival