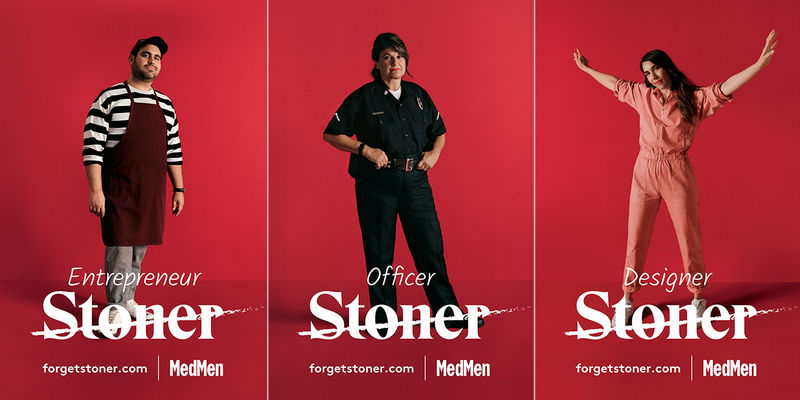 Justin Lam — April 10, 2018 — Marketing
References: adweek & creativity-online
Share on Facebook Share on Twitter Share on LinkedIn Share on Pinterest
MedMen, Southern California's largest marijuana retailer, is revamping its marketing campaign by ditching the stoner image in its Forget Stoner campaign. Set to debut on the unofficial marijuana holiday 4/20, the new set of ads continue the theme of its January campaign that showcased what the modern marijuana customer looks like. According to the brand's CMO, B.J. Carretta, the "campaign is all about celebrating that diversity," and is meant to move beyond dated labels and show marijuana is a product for everyone.

The Forget Stoner campaign is fairly simple in design and features clean portraits of a police officer, former NFL player, triathlete, physicist, nurse, entrepreneur, teacher and others, against warm red backgrounds. MedMen plans to spend $2 million on the campaign, which will showcase the ads in spots around Beverly Hills and the Santa Monica Freeway. The Forget Stoner campaign will also appear in various print and out of home ads and will be debuted in the cannabis culture magazine Ember.