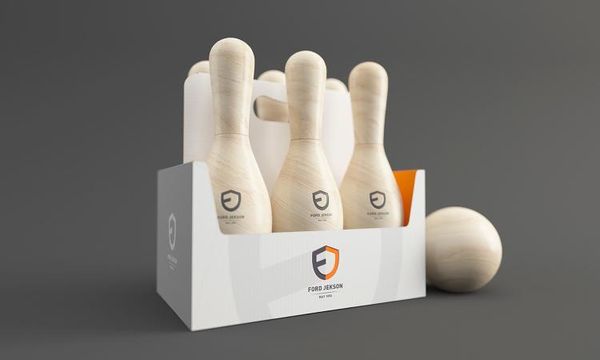 The Ford Jekson by Constantin Bolimond Turns Drinking into a Game

Meghan Young — May 9, 2014 — Lifestyle
References: behance.net & fastcodesign
Share on Facebook Share on Twitter Share on LinkedIn Share on Pinterest
If beer happened to be associated to a specific sport-inspired drinking game, it would be ping pong, yet the Ford Jekson pack hopes to change that. Ford Jekson is a six-pack of beer bottles that have been shaped like bowling pins. Encased in what appears to be wood in place of glass, Ford Jekson comes with a ball to knock the bottles down with. Not only can this be a fun drinking game, the bottles can be reused for more wholesome playing later on.

Designed by Constantin Bolimond, a designer based in Moscow, Russia, the Ford Jekson beer pack is currently a concept. Yet it encourages people to think about beer as more of an experience than a simple drink. Not to mention that it is an eco-friendly idea, giving bottles a second life.
3.8
Score
Popularity
Activity
Freshness
Get Better and Faster