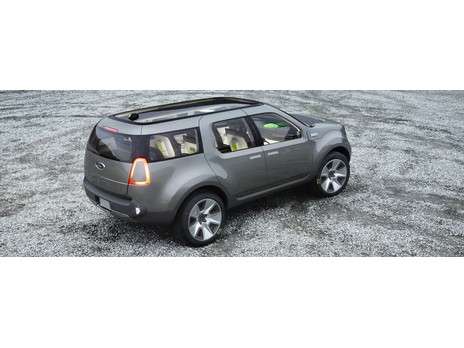 While the original Explorer was built on more a truck-type frame, this one will much more closely resemble that of a car. They anticipate it will be up to 30 times more fuel efficient than the current Explorer. It's said to have enough room for passengers and will be capable of towing 3,500 lbs, making it not only the idea family car, but a great ride for outdoor adventure enthusiasts.

"Innovative technologies can transform people's favorite vehicles. Look at SYNC, the Ford system that connects people and their favorite portable devices, including media players and Bluetooth-enabled mobile phones, while in their vehicles."

The Explorer America concept will be revealed at the North American International Auto Show in Detroit later this month, along with many other green vehicles from all auto makers.
2.2
Score
Popularity
Activity
Freshness
Get Trend Hunter Dashboard