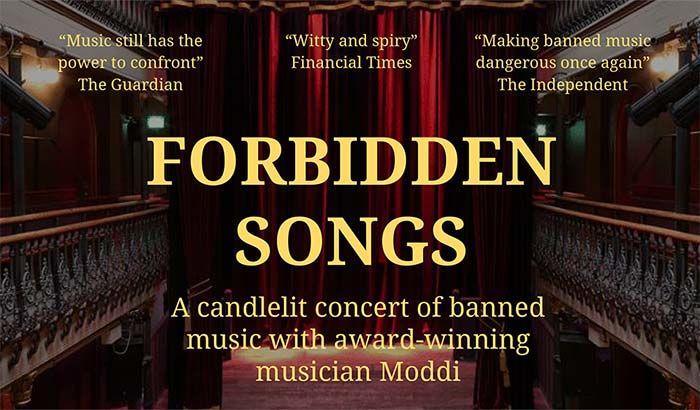 So far, the concert that will take place on December 7th has already received praise from The Guardian, The Independent and the Financial Times. In order to pull off the event, 'Index on Censorship,' an organization that promotes freedom of expression, teamed up with Moddi, a Norwegian musician who straddles folk and pop in terms of genre.

Tickets for Forbidden Songs are affordable and include a complimentary drink, however they're strictly limited based on the Hoxton Hall's level of capacity. Music will range broadly, however featured artists will include Kate Bush and Pussy Riot.
1.2
Score
Popularity
Activity
Freshness
Get Trend Hunter Dashboard