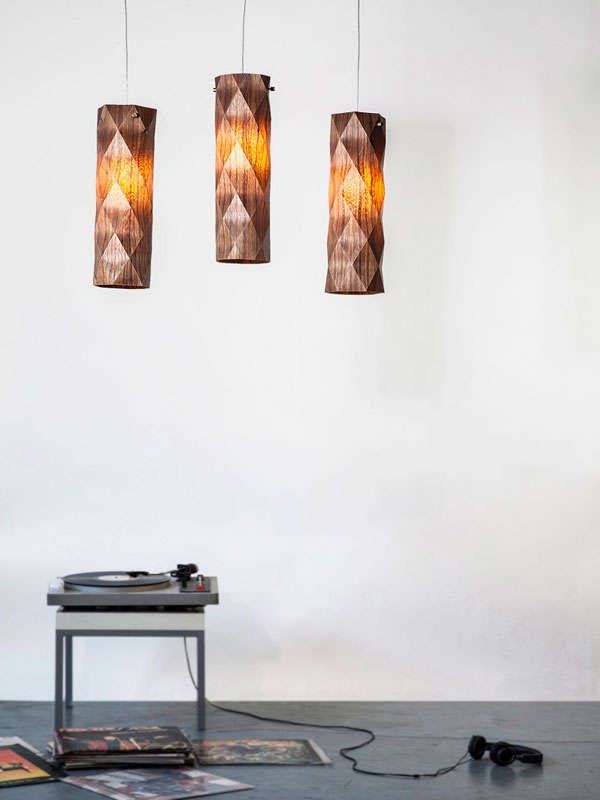 Meghan Young — August 13, 2013 — Art & Design
References: yankodesign
Share on Facebook Share on Twitter Share on LinkedIn Share on Pinterest
It is quite unmistakeable what the inspiration behind the Folded Lamp Series is. The name is a dead giveaway, but for those who can't quite pinpoint the influence, it happens to be the age-old art form known as origami. The geometric surface is nevertheless surprising considering what the light fixtures making up the Folded Lamp Series are made out of. In place of the traditional paper medium, they are fashioned out of wooden acrylic veneer sheets.

Designed by Ariel Zuckerman, the Folded Lamp Series could easily be mistaken for carved creations. Nevertheless, the material's flexibility allows it to be manipulated just like paper. Available in a variety of forms including chandelier, table, floor and wall lamp, the Folded Lamp Series adds a nice texture to homes.
3.1
Score
Popularity
Activity
Freshness
Get Trend Hunter Dashboard