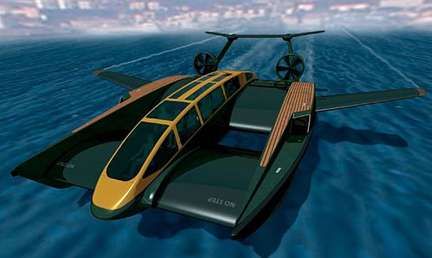 These French guys aren't the first to come up with something like this. The Russians designed a "barge" to carry 100 tons at an astounding 500 mph. Also check out the Canadian blane we featured in September:

49 Winning Wingovations
From Gullwing Cars to Wings You Can Wear