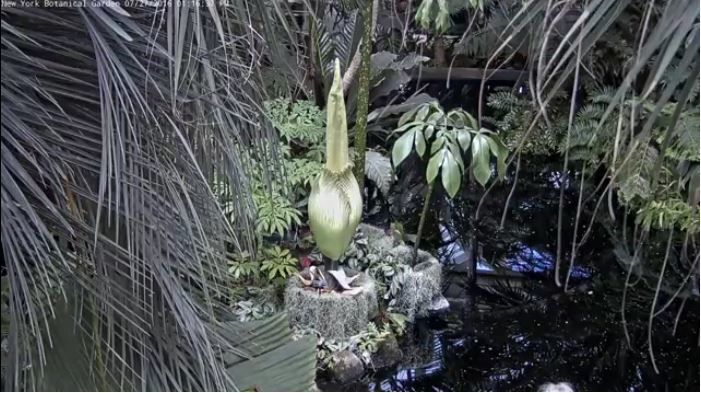 Joey Haar — July 27, 2016 — Eco
References: nybg.org & theverge
Share on Facebook Share on Twitter Share on LinkedIn Share on Pinterest
Flowers can be pretty but also unexciting, so a flower livestream might not seem like particularly riveting fare. The 'Amorphophallus titanum,' though, defies expectations in many ways, and the New York Botanical Garden wants everyone to get a chance to see it bloom. Also known as the "corpse flower," the plant is certainly one of the few in the New York Botanical Garden worthy of garnering its own YouTube streaming channel.

Botanically speaking, the corpse flower, native in the wild only in Indonesia, is unique in that it has the largest unbranched inflorescence in the world. Perhaps more noteworthy is that the flower takes up to 10 years to bloom and, once bloomed, it gives off the distinct odor of a rotting animal corpse -- hence its nickname.