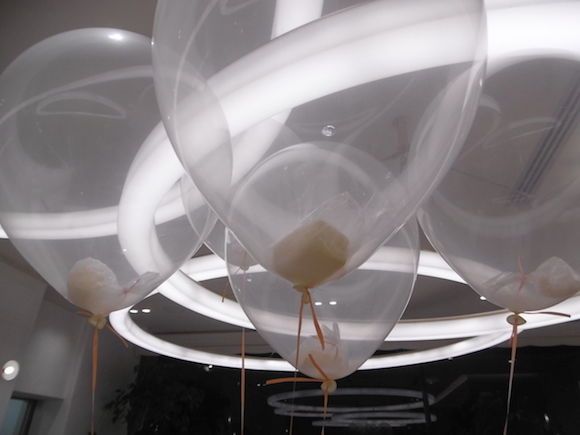 Dominique Ansel's Zero Gravity Cake is Served Inside of a Balloon

The Zero Gravity Chiffon Cake is so light, it is served inside of balloons that remain upright in the air. To access one of the featherlight bakery treats, consumers are given a pin to pop the balloon and release the cake, which is protected by a plastic sheath. Because the cake's protective cover is attached to the string of the balloon, it does not go flying once popped, and remains securely in one's hand.

After opening his first bakery store in the Omotesando district of Tokyo, Japan, Dominique Ansel recently opened the doors to his second store in Japan in Ginza, where this showpiece dessert is served.
5.9
Score
Popularity
Activity
Freshness
Get Trend Hunter Dashboard