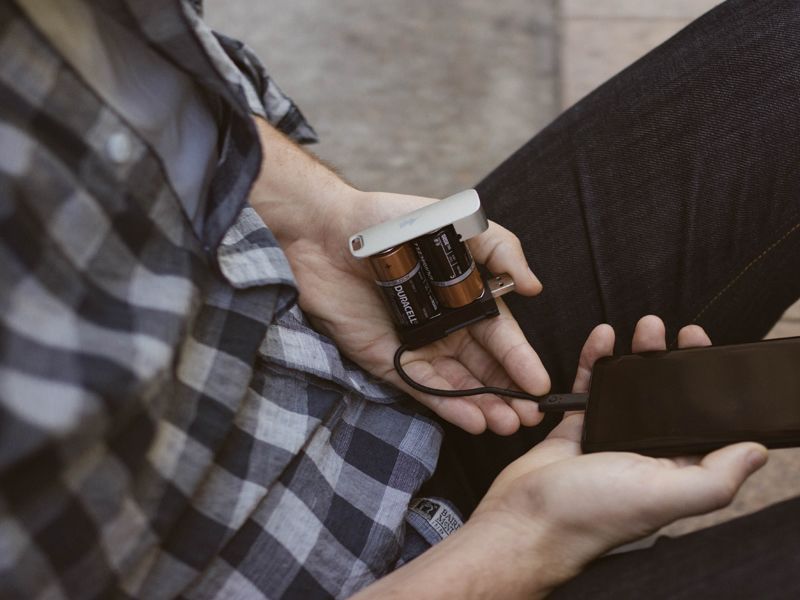 Joey Haar — January 4, 2018 — Tech
References: flintu & techcrunch
Share on Facebook Share on Twitter Share on LinkedIn Share on Pinterest
As advantageous as rechargeable smartphone batteries are for day to day life, their relative lack of power compared to old fashioned batteries means that they end up dying all too often; the Flintu SideKick is a device that lets users get some juice out of traditional batteries without adding to much extra baggage. The tiny device easily fits on a keychain, and when attached to AA, C, or D batteries it can convert that into usable power for smartphones.

Flintu's founders invented the clever little gadget after having their smartphones die while on a backpacking trip. In a pinch, they managed to rig together a charger using normal batteries, and that concept has transitioned into the productionized device currently on offer.

The Flintu SideKick is currently taking funding on Kickstarter, where it's already reached its more than doubled its goal of $30,000 at the time of writing.
5.9
Score
Popularity
Activity
Freshness
Get Better and Faster