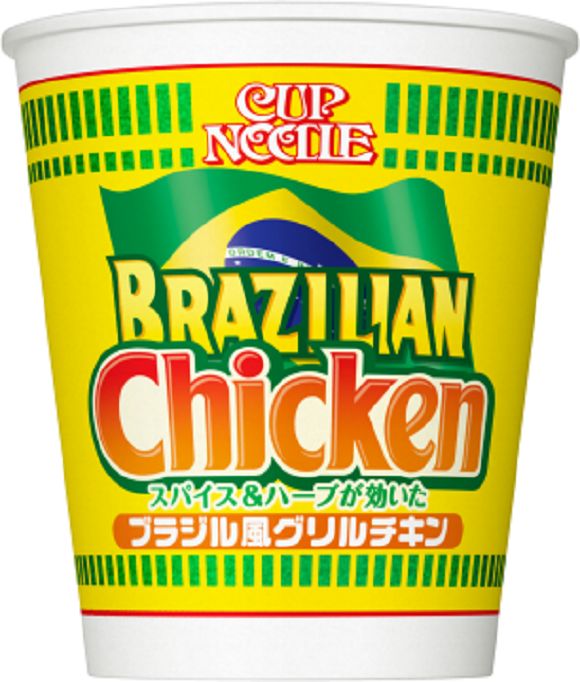 Laura McQuarrie — May 27, 2014 — Lifestyle
References: nissin & en.rocketnews24
Just before this year's World Cup games get kicked off, Nissin is releasing a special, limited edition of its flavored ramen noodles. Although there are several countries competing in the games, which means there are a world of flavors to take inspiration from, Nissin went with a simple Brazilian flavor for its Chicken dishes.

The inexpensive noodle cups became available yesterday at Japanese convenience stores and supermarkets for just under $2. What you'll get for this price is ramen mixed will all sorts of delicious spices including paprika, cumin and oregano and of course, pieces of steamed Brazilian chicken. People who are both fans of spice and soccer will definitely get a kick out of the instant noodles.
1.9
Score
Popularity
Activity
Freshness