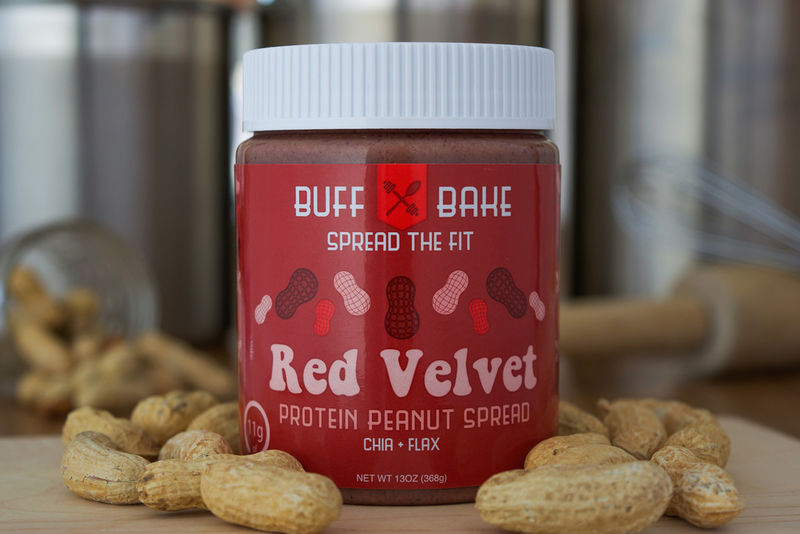 Laura McQuarrie — May 13, 2016 — Lifestyle
References: buffbake
Share on Facebook Share on Twitter Share on LinkedIn Share on Pinterest
The rise of foodie culture has inspired the creation of a number of flavored peanut butter products, including ones that taste like white chocolate, bananas or cookie dough. Buff Bake is adding to the assortment available with its own peanut butter spread that tastes like red velvet cake. Rather than trying to recreate the flavor of decadent red velvet cake with artificial ingredients, Buff Bake favors natural ones like coconut pal sugar, unsweetened cocoa, chia seeds and beet root for a slightly colored tint.

The Red Velvet Peanut Butter is packed with 11 grams of protein per serving and naturally makes a healthy snack alternative to eating a real slice of cake.