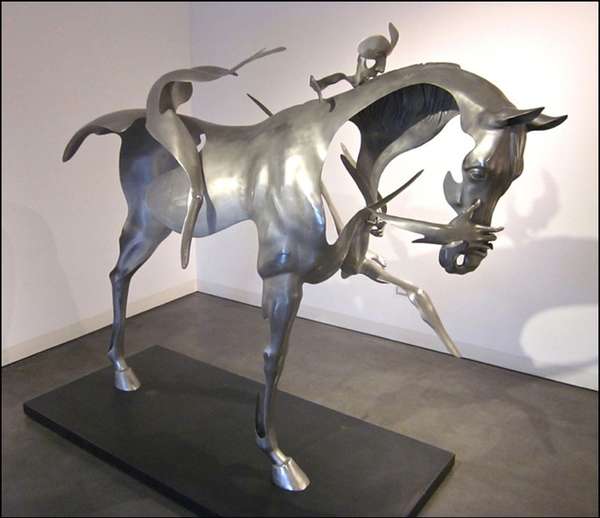 Flash Memory by Unmask Group is Nostalgic and Sentimental

Meghan Young — December 9, 2011 — Art & Design
References: htgallery.oinsite.cn & mymodernmet
The art exhibit titled Flash Memory by Unmask Group really captures the essence of a fading memory. The sculptures of horses and humans look as though they are dissipating right before the audience's eyes. Yet, they are simply and purposefully 'incomplete' works of art.

Created by Beijing-based studio made up of Liu Zhan, Kuang Jun and Tan Tianwei, Flash Memory by Unmask Group is nostalgic, sentimental and breathtaking. The sculptures present in the show are made out of stainless steel and marble. Meticulously shaped and carved, the creations are completely recognizable as horses and humans despite the gaping voids in each of them. These tangible apparitions will surely inspire people to think back onto their own fading memories.