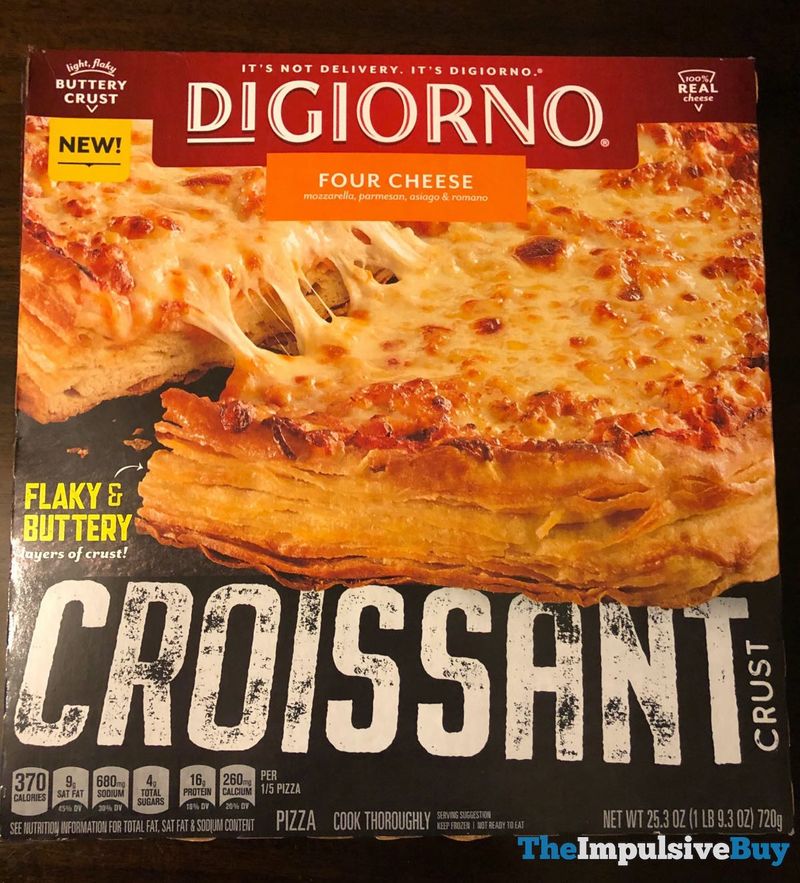 Laura McQuarrie — April 1, 2020 — Lifestyle
References: myrecipes
Share on Facebook Share on Twitter Share on LinkedIn Share on Pinterest
Digiorno is putting a creative spin on frozen pizzas with its newest creation, which boasts an especially flaky pizza crust inspired by croissants. The Digornio Croissant Crust pizza boasts a buttery, flaky crust and a classic four cheese combination: mozzarella, Parmesan, Asiago, and romano. While pizza crusts are typically only thought of as being thin and crispy, thick or stuffed, this variation in texture applies an almost dessert-like flaky crust to an unexpected yet favorite food.

Following Dominique Ansel’s creation of the Cronut, tons of croissant-inspired food products have been developed, including crossovers that combine the properties of everything from tortillas and muffins to tacos.

At a time when many people are staying home and stocking up on comforting frozen food, this new product puts an exciting twist on classic frozen pizza.
5.3
Score
Popularity
Activity
Freshness
Get the 2021 Trend Report FREE