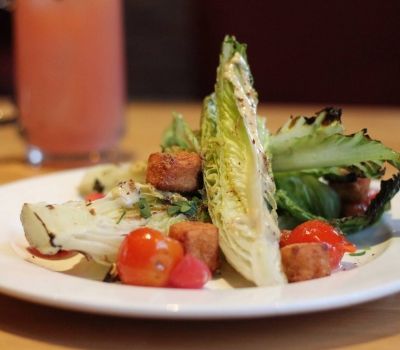 Charlotte Joyce Kidd — August 14, 2015 — Lifestyle
References: pulperianyc & foodrepublic
Ribs are notorious for being big, meaty, messy and covered in sauce -- but thanks to an elusive Amazonian fish and an inventive Brazilian recipe, fish ribs are coming to change all of that.

Chef Carlos Barroz of New York's La Pulperia is the mastermind behind this buzzworthy new dish. Barroz makes fish ribs using pacu, a plant-eating water dweller found only in the Amazon. Upon receipt of the weekly delivery from Brazil, the fish ribs are marinated in homemade chipotle-orange barbecue sauce and then grilled. Leaving the large bones in the fish during the cooking process has the same effect that it does on more traditional meats like pork, beef, or lamb: fish ribs are juicier, softer and more flavorful than the highest quality fillet. Not only are they a hit with rib-hungry diners, fish ribs are also a win for the kitchen. Unlike traditional ribs, fish ribs don't need to be soaked in brine, boiled, baked and then grilled. In fact, they cook in just ten minutes.
2.1
Score
Popularity
Activity
Freshness