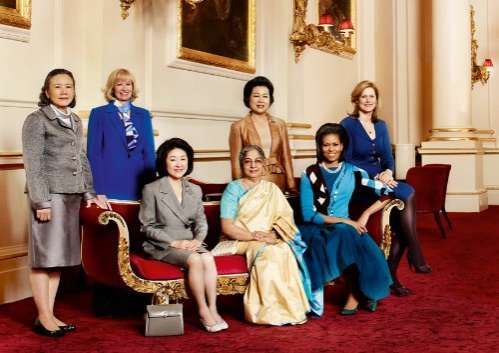 The ‘First Wives Club’ portrait was shot by Mario Testino during the G20 summit in April 2009.

The issue also features an elegant black and white shot of Michelle Obama by Mario Testino. The rest of the images in the gallery (5-10) show British First lady Sarah Brown with the guests at the Royal Opera House during the shoot.
2.3
Score
Popularity
Activity
Freshness
Get Better and Faster