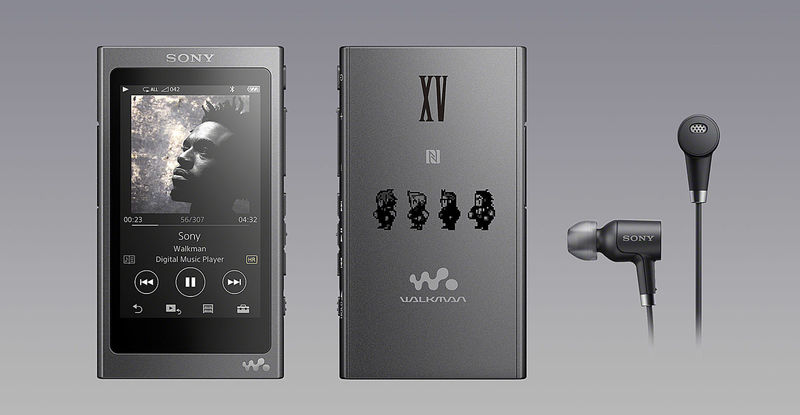 Joey Haar — November 28, 2016 — Tech
References: sony.jp & engadget
Share on Facebook Share on Twitter Share on LinkedIn Share on Pinterest
Final Fantasy, the sprawling and intense fantasy and science-fiction franchise, is one of the most beloved of its type, and the video game series is extending beyond its virtual environs with new, branded 'Final Fantasy XV' gear from Sony. The electronics giant released a Walkman, speaker and headphones that are branded with references to the upcoming game.

As the 'XV' indicates, Final Fantasy XV is the latest in a long-running and incredibly popular video game franchise. The role-playing game franchise is one of the most famous in the world of video games, with a rabid fan base. As such, it makes sense for Sony, a tech company, to brand its products with such a franchise. Though the Walkman, speakers and headphones aren't likely peripherals for Final Fantasy XV itself, video game fans are a demographic likely to use those devices regularly.
2.1
Score
Popularity
Activity
Freshness
View Innovation Webinars