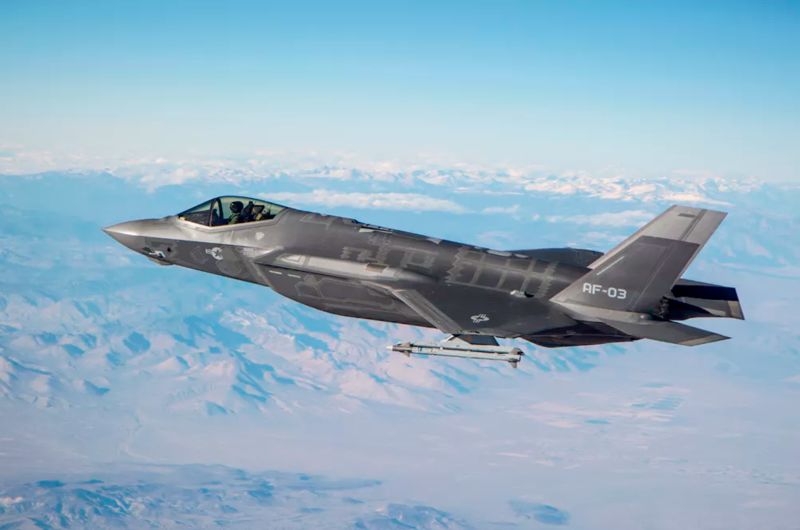 This Fighter Aircraft Can Target and Take Down Enemy Drones

Rahul Kalvapalle — August 3, 2016 — Autos
References: f35 & newatlas
The F-35A Lightning II is a fifth-generation fighter aircraft that is designed to give the U.S. Air Force a tactical advantage in aerial combat.

This particular fighter aircraft, designed by Lockheed, is well and truly designed for the new challenges thrown up by modern warfare. It is capable of identifying, targeting and attacking drones using an innovative new tracking system that allows the pilot to verify the targeted object before engaging. The aircraft was recently put through successful tests that proved its ability to surgically take down enemy drones.

This fighter aircraft will replace a variety of warplanes in the Air Force's current fleet, with its intelligent combat technologies making it an excellent choice for a wide variety of missions.

Russian Rental Warplanes
This Plane for Rent Costs $18,000 and Will Take You to the Stratosphere