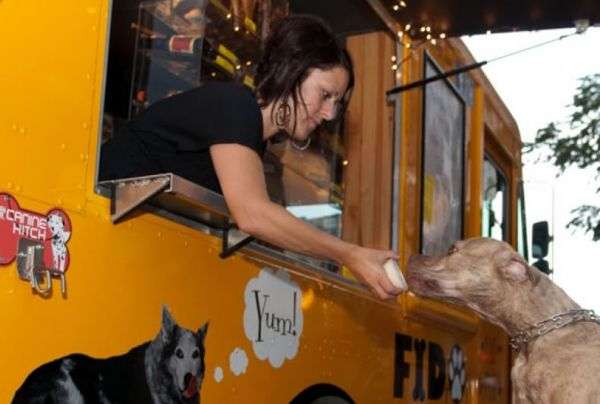 Fido To Go by Donna Santucci Caters to Cute Canines

Meghan Young — June 25, 2013 — Lifestyle
References: nbcnews & neatorama
The recent food truck fad hasn't just reached the human population, it is also serving animals as Fido To Go proves. In this case focusing on dogs, the mobile vendor ensures that these cute canines get their paws on delicious treats when out and about the town. Interestingly, Fido To Go was opened in 2011 to complement an existing pet-grooming business and has since grown in popularity.

Founded by Donna Santucci, Fido To Go is located in Chicago, Illinois. It offers homemade cookies and frozen yogurt cups that dogs just can't get enough of. So much so that Santucci states, "I’m looking for a bigger facility now as we speak." This could also be because the occasional human will want to try the unsweetened frozen yogurt.
3.5
Score
Popularity
Activity
Freshness