30 Gifts Ideas for Your Boyfriend 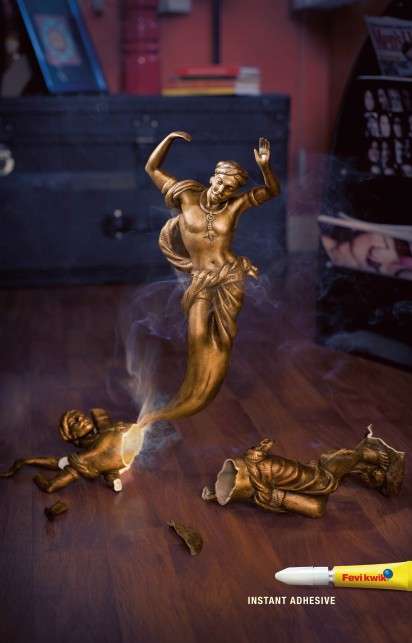 The Fevikwik Instant Adhesive Campaign has a Supernatural Streak

Meghan Young — February 19, 2013 — Marketing
References: ogilvy & ibelieveinadv
Share on Facebook Share on Twitter Share on LinkedIn Share on Pinterest
The Fevikwik Instant Adhesive campaign shows that this product is so effective, broken items such as precious porcelaine figurines will appear as though they have just risen from the dead. Although the images in the print ads would suggest that they are insubstantial ghosts, that is not the case at all. Instead, it is a creative way to depict the fixed figurines as well as appeal to supernatural lovers.

Conceived and executed by the Ogilvy branch based in Mumbai, India, the Fevikwik Instant Adhesive campaign was art directed by Sagar Pednekar with creative direction by Tushar Pal and Ashish Naik. Shot by photographer A.J. Raina, the impossible images were illustrated by Chetan Mahajan and Santosh Dhadve. Of course, people won't have to rely on the impossible if they have Fevikwik on hand.
0.5
Score
Popularity
Activity
Freshness
View Innovation Webinars