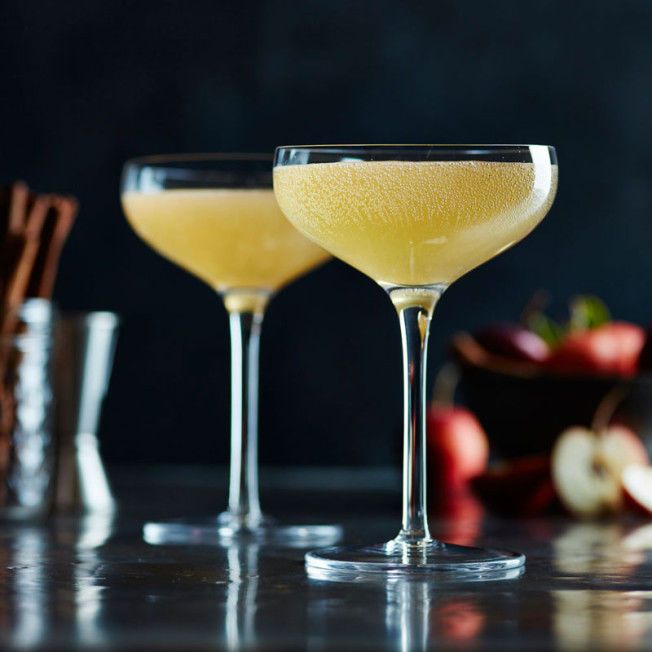 M — December 18, 2015 — Lifestyle
References: blog.williams-sonoma & blog.williams-sonoma
Share on Facebook Share on Twitter Share on LinkedIn Share on Pinterest
The Heir Apparent is a festive mixed drink ideal for the winter season combining spiced flavors for an air of warmth paired with a chilled apple beverage base for contrasting fruity and zesty flavors. The pairing of apple, cinnamon and cardamon notes makes use of flavors in abundance during the season, often found in baking dishes.

This infused boozy beverage begins with a base of apple eau de vie mixed with Prosecco for an added element of carbonation. The drink features an element of heat thanks to the cinnamon and cardamon spices, further complemented with apple brandy. Lemon juice is also added to juxtapose the sweetness of the apple with a bitter note of citrus. The drink is meant to be served chilled and poured over ice.
0.8
Score
Popularity
Activity
Freshness
Attend Future Festival