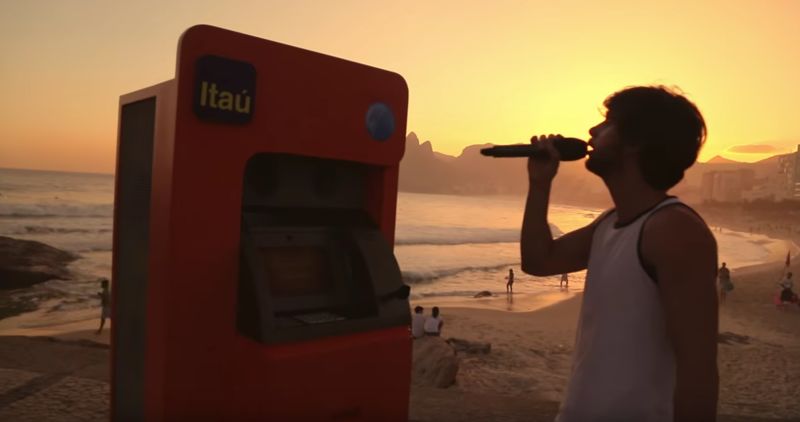 This Karaoke Machine Invites People Who Sing to 'Rock in Rio'

With a kiosk that looked like an orange ATM machine, Itaú created a "karaoke box" that had people perform in the middle of a public beach in Rio de Janeiro. Once someone approached the unusual music box, they had the chance to pick up a microphone and sing along to the lyrics of Queen's 'Love of My Life.' Considering that this song was originally performed by the renowned British band way back at the first Rock in Rio festivalin 1985, this is a clever way to excite and educate the public on the festival.