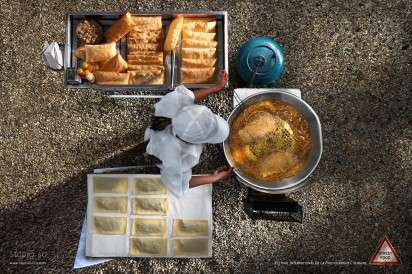 Meghan Young — March 13, 2013 — Marketing
References: studiosc.br & ibelieveinadv
The Festival International de la Photographie Culinaire ad campaign will whet people's appetite in more ways than one. Not only will it get viewers hungry for incredible street food, it will also have them craving photographic captures of such tasty meals. A celebration of both food and photography, the images concentrate on aerial shots as though suggesting that people will enjoy a heavenly experience at the festival.