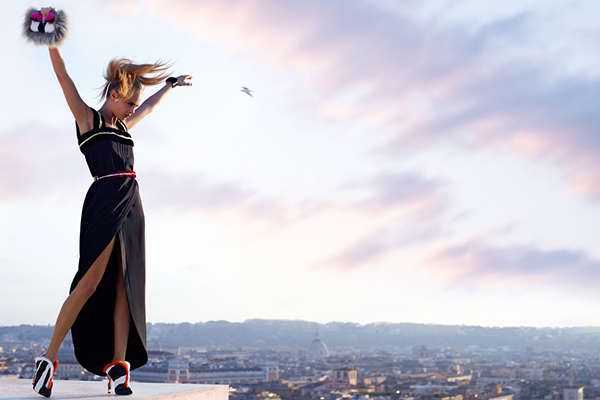 Meghan Young — July 9, 2013 — Fashion
References: refinery29
Share on Facebook Share on Twitter Share on LinkedIn Share on Pinterest
Traveling all the way to Rome for an epic rooftop photoshoot overlooking the ancient city, model Cara Delevingne and Saskia de Brauw star in the Fendi Fall 2013 ad campaign. Considering her It Girl status right now, it is not surprising that Delevingne has landed yet another campaign. As Refinery 29 astutely observes, it "seems like she's on the way to manning every single campaign in our fall magazine issues."

Captured by the legendary Karl Lagerfeld, the Fendi Fall 2013 ad campaign is rife with sunny skies, high ponytails and fur fashion. Taking strong poses, both beauties show that it takes a powerful and independent woman to rock these looks and more. What is particularly captivating about the campaign is that while the outfits are modern, the photoshoot pays tribute to the Italian label's roots.
4.8
Score
Popularity
Activity
Freshness
Jeremy Gutsche Keynote Speaker