Plucked Chickens Made of Wool

Fake Electronics Made of Felt
Next
Set of
Related
Ideas 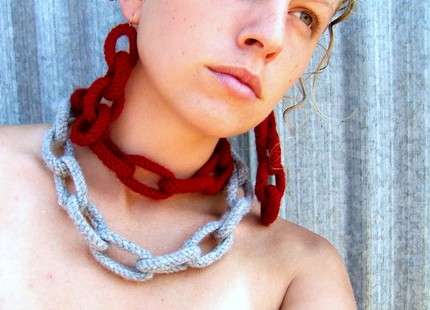 While jewelry making occupies hobbyists from around the world, felting has not really had a significant presence in North America. But all that could change.

Tally Locke (littlepurls on Etsy) is a Sacramento, California based artist who hand knits and hand felts her creations.

This gallery features some of her vibrantly coloured works. She crafts everything from bracelets to unisex neckties.

The gallery also shows work by 3FUN , starting with the brown and blue felted bangles, an artist who is based in Charlotte, NC.
4.4
Score
Popularity
Activity
Freshness
View Innovation Webinars