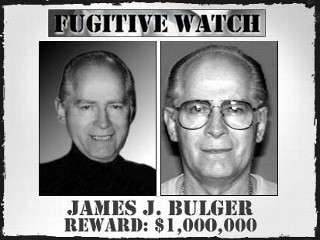 James Whitey Bulger is one the FBI’s “Ten Most Wanted” list for murders connected with his leadership of The Winter Hill Gang, an organized crime group in the Boston area. The gangsters are mostly Irish-American though some are Italian-American, and their name stems from the northern Boston neighbourhood of Winter Hill from which the gang originated in the 1970s.

The Winter Hill Gang is most famous for fixing horse races, but the FBI is more upset about the 19 murders James “Whitey” Bulger alone is wanted for.

The gallery shows some photos of James Whitey Bulger, most of which are from a few years ago.
3.7
Score
Popularity
Activity
Freshness
Get the 2021 Trend Report FREE