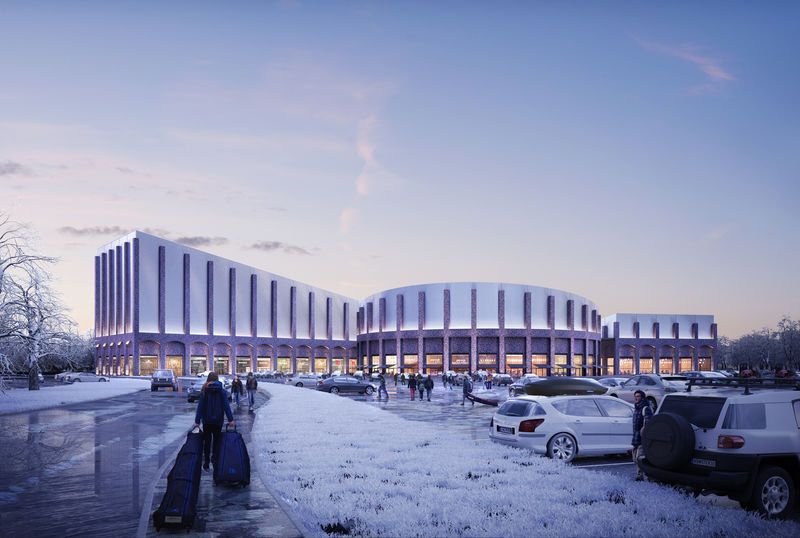 Joey Haar — February 17, 2018 — Art & Design
References: archdaily
Share on Facebook Share on Twitter Share on LinkedIn Share on Pinterest
In designing a new indoor snow and leisure center for the town of Swindon, FaulknerBrowns Architects took inspiration from the history of the plot on which the complex will be placed. Set to be built on the former site of the Great Western Railway Works, FaulknerBrowns' design is directly indebted to the architecture of industrial railways.

The clearest aspect of that railyard inspiration comes through in the building's columns. Though the centers of those columns are made of steel, they're covered in red brick facades, which was the material most commonly used in industrial buildings of the 19th century. Further, the rigidly straight lines offset with simple, non-vaulted arches reflects the pragmatism of the industrial building style.

Aside from a ski slope, the complex will contain shops and common areas for lounging and dining.
1.6
Score
Popularity
Activity
Freshness
Attend Future Festival